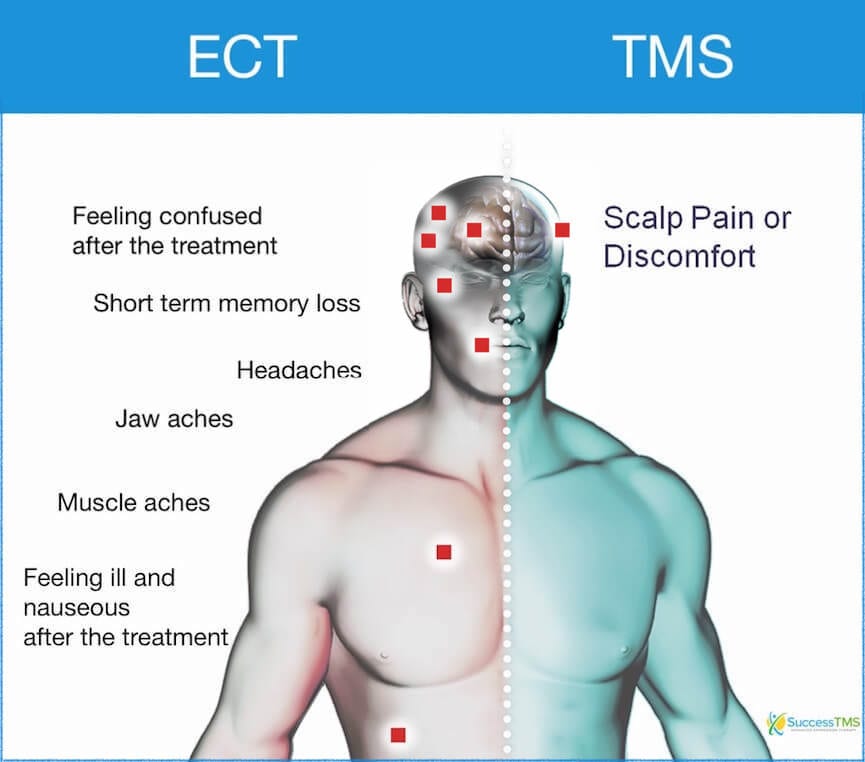 Shock therapy (electroconvulsive therapy or ECT), commonly known as “electric shock therapy, is a procedure to treat certain severe depressive disorders. ECT involves passing an electric current, of approximately 800 to 900 mA, through the brain to induce or force a seizure upon the patient. Many believe it affect the brain’s activity in an effort to relieve the symptoms of severe depression. ECT is also used to treat psychotic symptoms, such as those experienced with severe depression or schizophrenia.

ECT is considered a safe and effective treatment for the right candidate. It can relieve the most severe forms of depression and is much more effective than medications or psychotherapy. However, ECT does have a downside. ECT is an invasive procedure that requires anesthesia. As with any procedure requiring anesthesia, there are a number of risks.

A typical course of ECT should be two to three treatments a week for approximately three to four weeks. ECT has been used in the clinical setting for over 70 years. Its mechanism of action remains a mystery. ECT and TMS therapy have distinct differences. TMS does not require hospitalization or anesthesia. Further, TMS is not accompanied by any systemic side effects. However, in comparison to ECT, TMS is a much less evasive way to treat severe depression with no systemic side effects.

HOW ECT AND TMS WORK

It is important to understand how ECT and TMS have contact with the brain. Both ECT treatment and TMS therapy are brain modulation techniques that involve direct contact with the brain. However, ECT uses electrical currents that force the patient into a seizure. TMS therapy uses magnetic fields to stimulate neurons in a specific area of the brain. Knowing the difference between the mechanism of delivery may help to assist in making a well-informed decision regarding treatment options for severe depression.