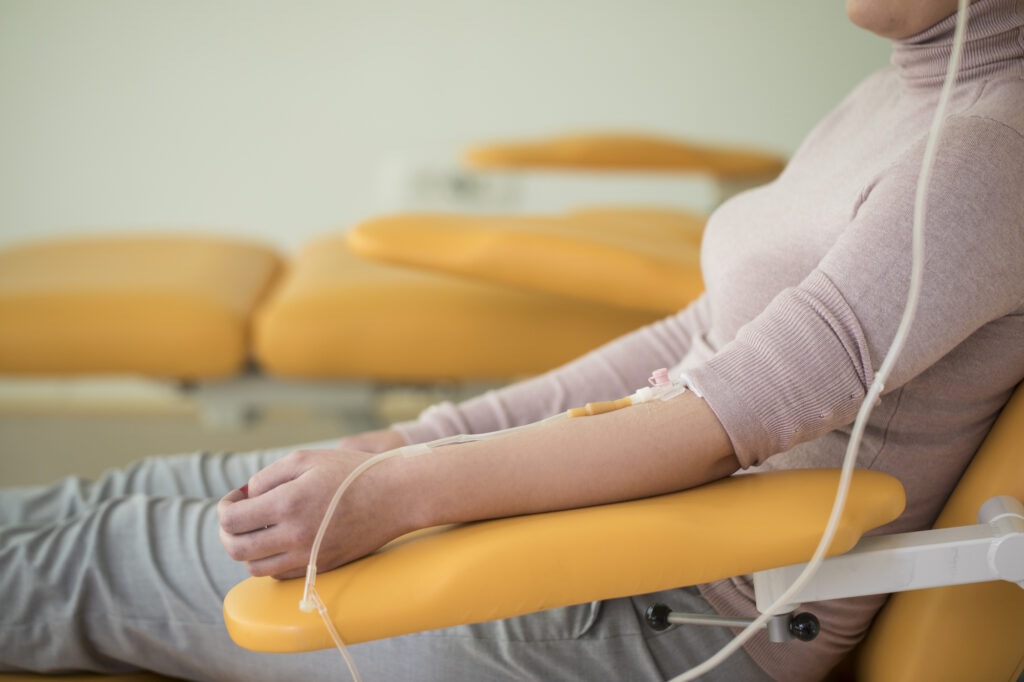 If you live with a depressive disorder, you know just how challenging it can be to find a treatment plan that works, continues to provide long-term relief, and doesn’t come with undesired side effects.

We know that traditional antidepressant medications and therapy aren’t always the best answer — and they’re certainly not the only answer. Ketamine for depression can be an effective treatment option, especially for acute symptoms, such as suicidal thoughts. Let’s explore the pros and cons of ketamine and how combining it with transcranial magnetic stimulation (TMS therapy) can be a highly effective treatment for those suffering from a major depressive disorder.

In 1970, the FDA approved Ketamine as an anesthetic and to treat soldiers in the Vietnam war. Mental health experts have researched ketamine for years. Research has shown that ketamine also has rapid-acting antidepressant properties. Today, ketamine is gaining ground as an effective treatment for certain types of depression. Specifically, physicians use Ketamine ‘off-label for patients with severe symptoms, such as suicidal thoughts or previous suicide attempts.

Unlike other anesthetics, ketamine doesn’t slow breathing or heart rate. When given as an antidepressant, ketamine causes a ‘dissociative effect, known as a ‘trip.’ Club drug partiers use Ketamine illicitly by injecting it, snorting it, putting it in drinks, or adding it to marijuana or cigarettes. Ketamine can produce an out-of-body experience or feelings of being out of touch with reality. This can include visual and sensory distortions, hallucinogenic thoughts and beliefs, and euphoria.

Ketamine for depression is becoming a popular method of treatment. The belief is that Ketamine triggers glutamate production, which ultimately prompts the brain to form new neural connections. Interestingly, this offers an opportunity for patients to achieve temporary relief from depression.

The FDA-approved drug, esketamine, is one version of the ketamine molecule and makes up half of what is found in the commonly used anesthetic form of the drug. It works similarly, but its chemical makeup allows it to bind more tightly to the NMDA glutamate receptors, making it two to five times more potent. This means that patients need a lower dose of esketamine than they do ketamine. The nasal spray allows the drug to be taken more easily in an outpatient treatment setting (under the supervision of a doctor), making it more accessible for patients than the IV treatments to deliver ketamine.

The pros and cons of ketamine

While the effects of ketamine are typically fairly rapid, studies indicate that ketamine is not effective for approximately 20 to 40 percent of patients with depression. These numbers are also consistent when used to treat the major depressive disorder and bipolar depression. Typically, if a patient will respond to ketamine, they can expect to feel relief within about four hours.

Most studies have looked at how long the effects of ketamine last after a single dose of ketamine. Unfortunately, the benefits of ketamine typically begin to fade within days or a couple of weeks for most patients. Ketamine is not a long-term treatment. Therefore it makes Ketamine most useful for patients experiencing acute symptoms of depression, such as suicidal thoughts.

On the other hand, TMS therapy and Ketamine provide effective treatment plans for those patients experiencing severe symptoms. Moreover, Ketamine works to provide immediate relief from debilitating symptoms, while TMS continues to restore balance and build new neural pathways for much longer-term relief.

ABOUT TMS DIRECTORY
TMS Directory connects TMS groups, communities, and individuals across the U.S. and internationally. (TMS) or Transcranial magnetic stimulation (TMS) is a leading-edge technology that gently uses magnetic waves to stimulate nerve cells in the brain. Moreover, this is a non-invasive treatment for the treatment of major depression.